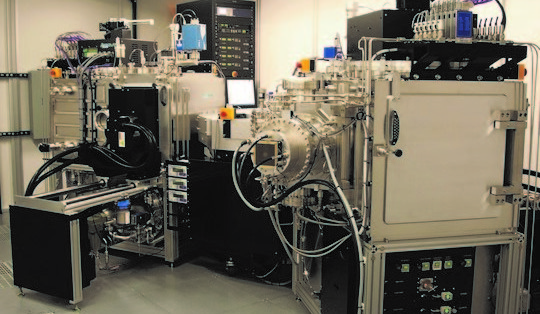 Posted by Omar Garay on February 19, 2015 | Uncategorized No Comments

The cluster sputter system is equipped with two deposition chambers connected to a wafer transfer robot. Each chamber houses six sputtering targets, an ion gun for pre-sputter cleaning, a residual gas analyzer, and a quartz crystal monitor.  Film deposition can be controlled by time or thickness.

The wafer transfer system includes two load stations that can handle a variety of substrates from 76 mm (3 inch) diameter up to 200 mm and small pieces or transparent substrates via carrier wafers.